The Lavit Gallery was delighted to present from 25th March to 17th April a selection of new works by Goulding from his latest series Music in our new exhibition called “Rehearsal”.

Some pieces are still available from “Rehearsal” here 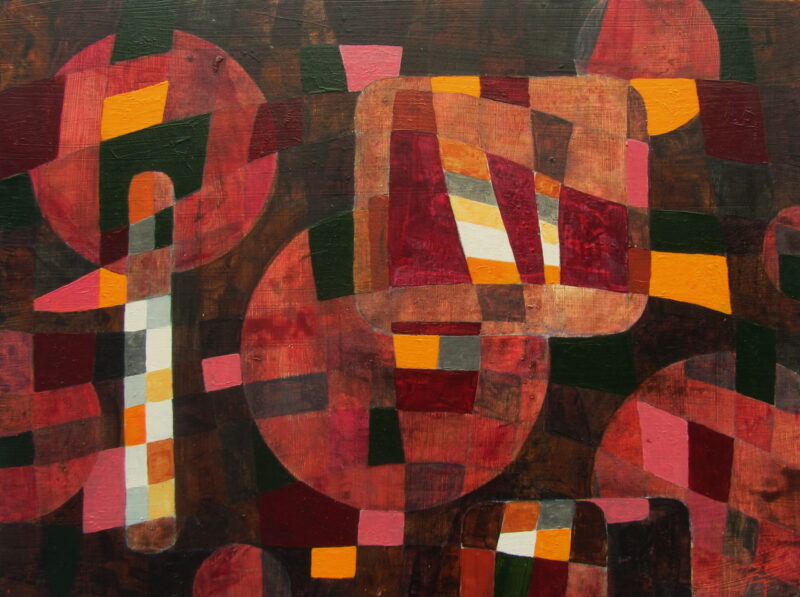 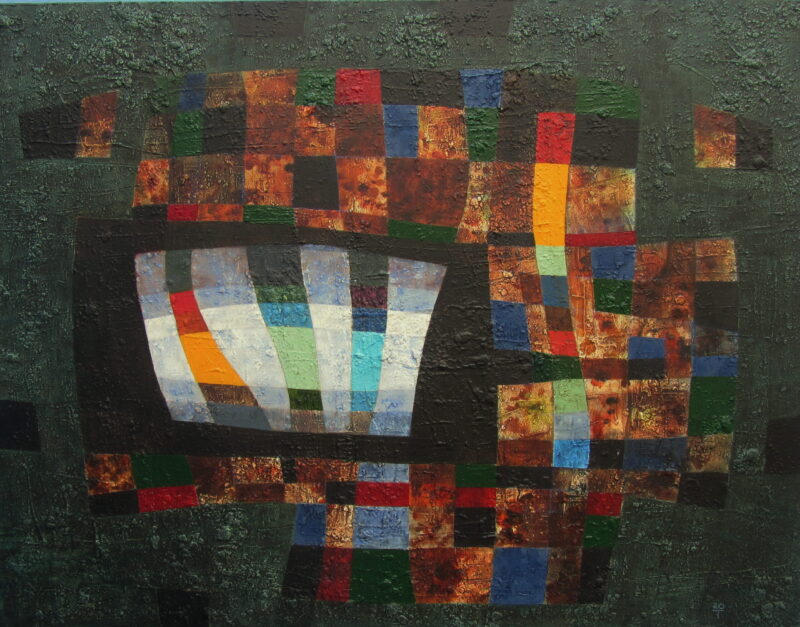 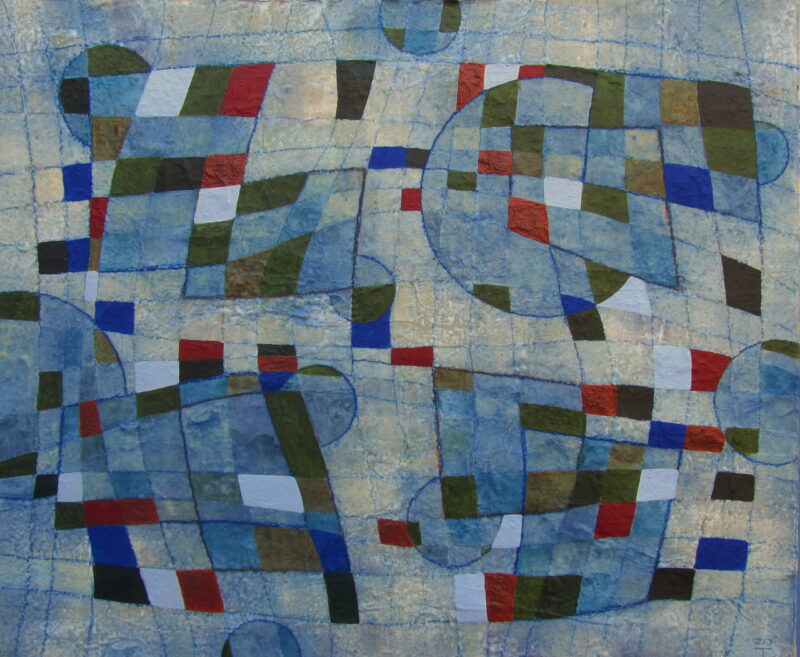 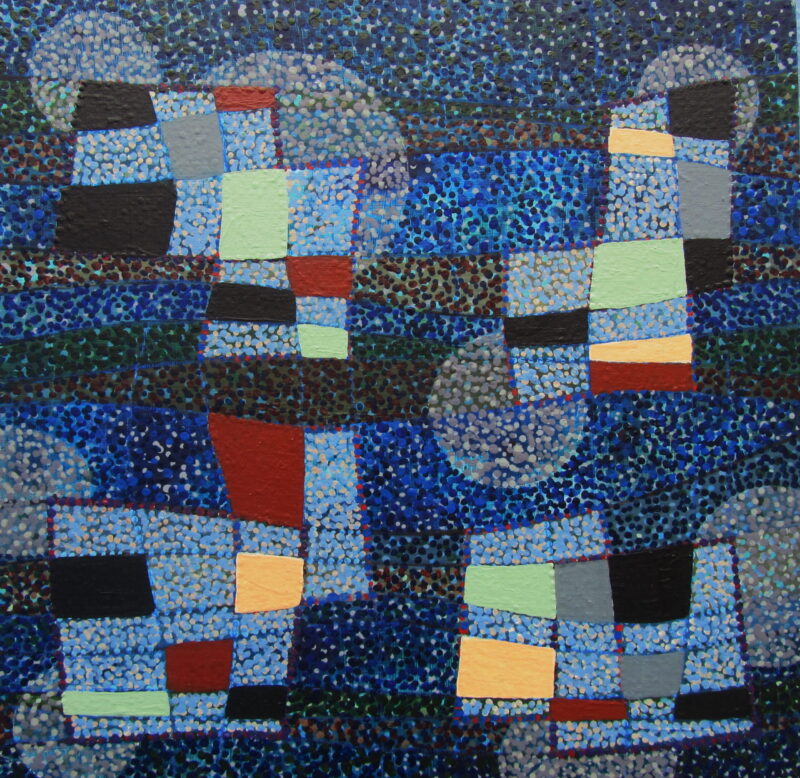 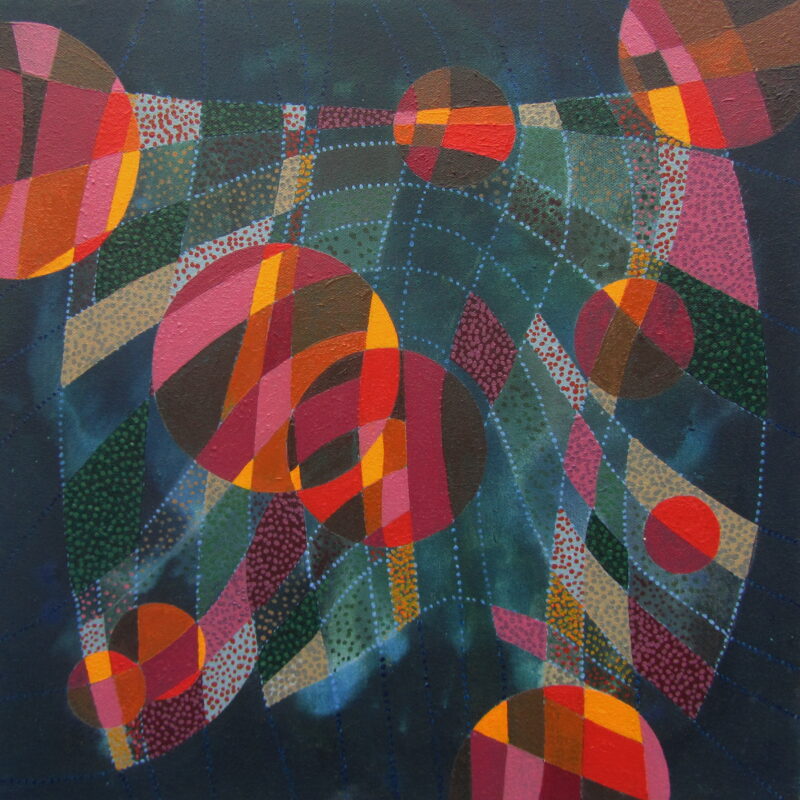 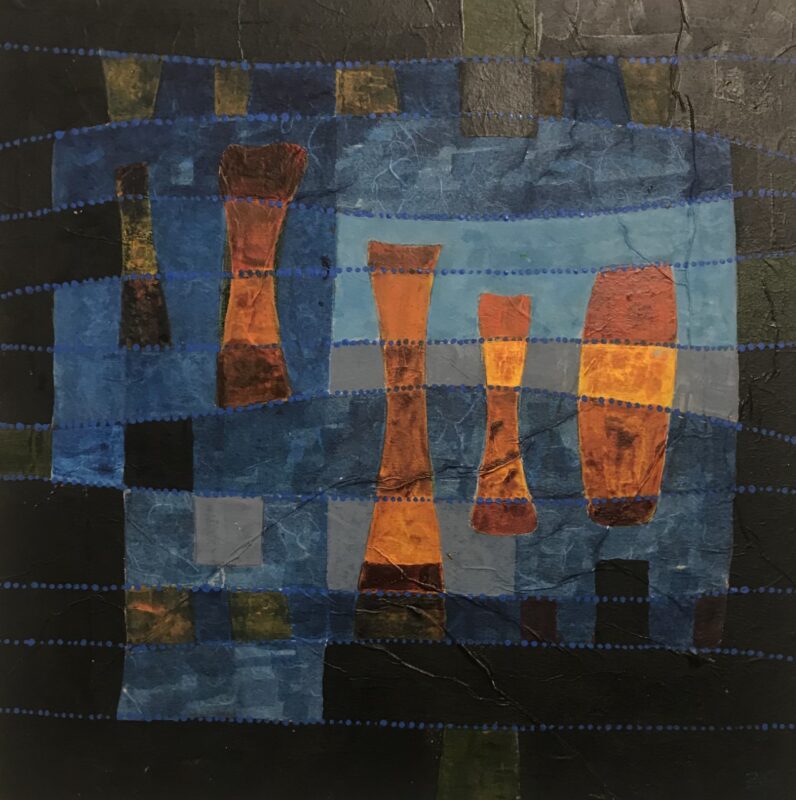 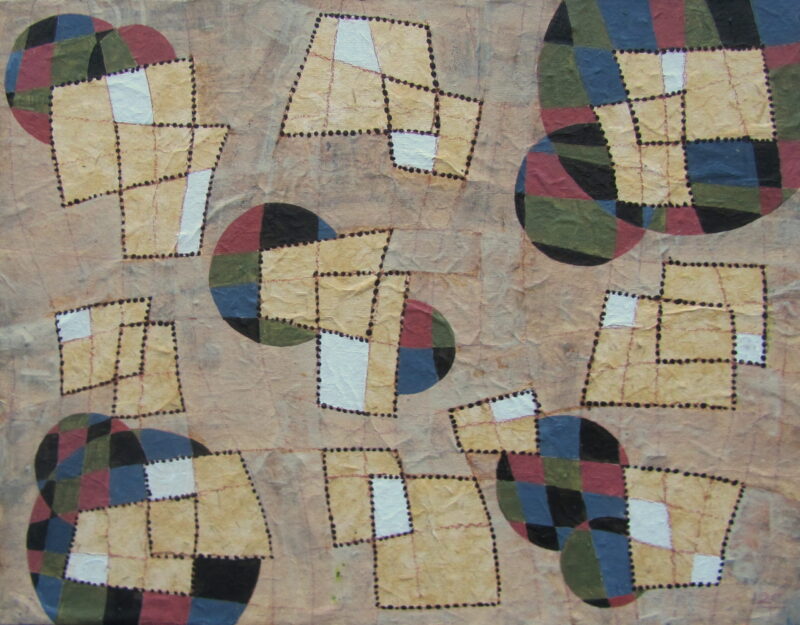 Tim Goulding tends to work in series, often spending three or four years on one subject. These collections may be radically different in both style and content but always stay true to a response to what appears in his life both visually and emotionally. The modus operandi remains ‘see and play’

The idea of staves forms the basic structure for this series of paintings. Then the backing singers make their entrance against the orchestration which is indicated in the form of the lighter coloured compartments. The soloists arrive singing their lead notes, these are the solid colours. The rhythm is indicated by the spaces or rests. The eye travels around the ‘notes’ suggesting movement.

These are of course very theoretical musings as the principal impetus is to make a satisfactory painting and explore new pastures, one leading to another.

“I feel that this series takes a bow to the abstract painters of the early 20th century. Hello Klee, Miro, Mondrian and the Futurists. I will quote Juan Miro ‘I try to apply colours like words that shape poems, like notes that shape music ‘. I follow the progress of the work with much the same unknowing as the viewer might.” Tim Goulding -April 2020

Born in Dublin in 1945, Tim Goulding has lived and worked near Allihies on the Beara peninsula, West Cork since 1969. He is a member of AOSDANA (Aosdana was established in 1981 to honour those artists whose work has made an outstanding contribution to the arts in Ireland.) Since 1964 he has exhibited extensively, including solo and group shows in Ireland, England, Portugal and the USA. This website archives an artistic journey of over fifty years.