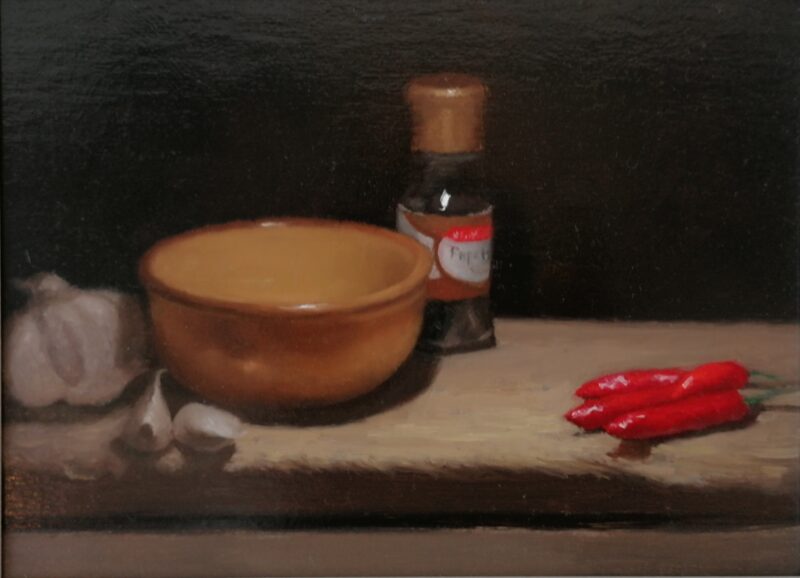 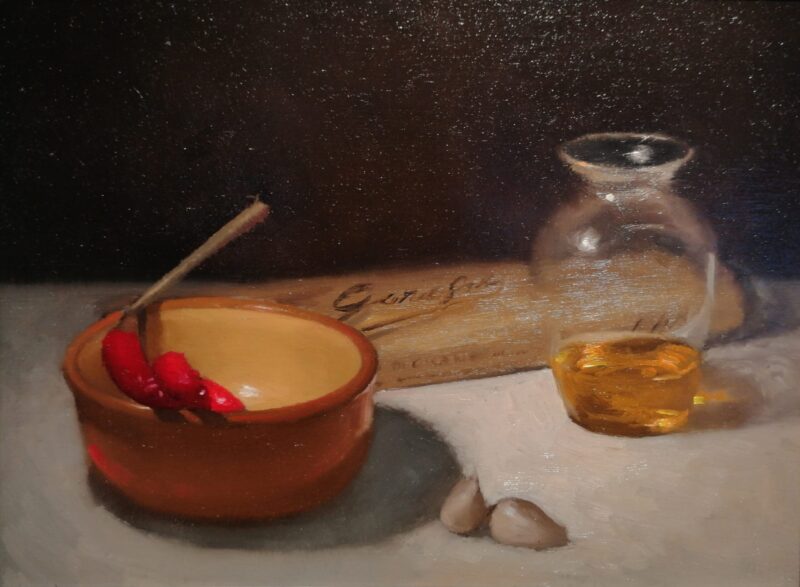 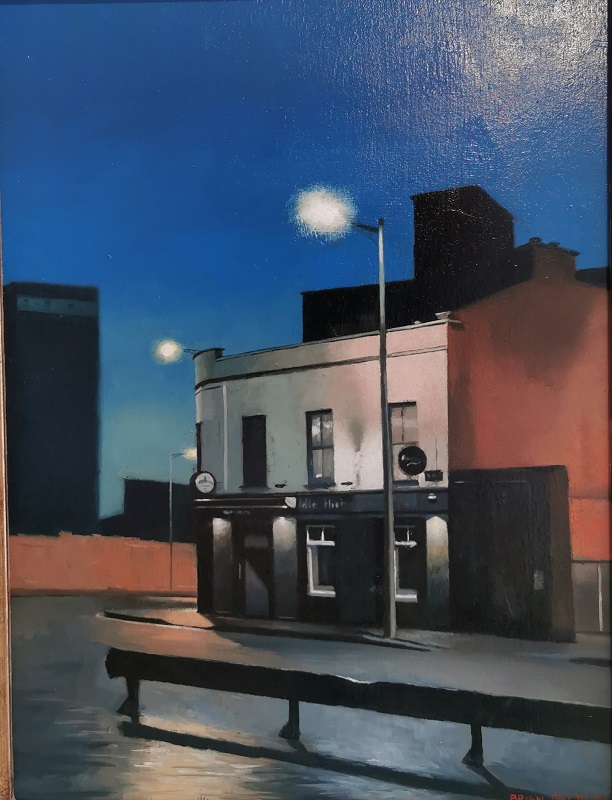 Brian Smyth studied at the Crawford College of Art and Design from 1991 to 1995. He has both a diploma and a BA (hons) in Fine Art. Brian was awarded the Lavit gallery’s Student of the Year prize in 1994. He has exhibited widely in Ireland and London.

In his intimate portraits of men and women, his ability to transcend the personal relationship between artist & model and involve us in this delicate and most intimate relationship with such sensitivity and grace is utterly bewildering. Another striking element is that his pictures are without dominant and secondary areas of interest. His backgrounds tend to be blatantly ornamental and instead offer a surface of equal interest as well as of even visual texture. This pictorial language he has created evolved out of a search for a style that is at once simple and subtle, while his colour sense tends to be peculiarly beautiful and haunting.

In bringing these disciplines together, Brian has shaped a remarkably unique style of constructing compositions and in describing the frailty of the human psyche. The result is a series of succinct, yet complex arrangements – rich in association and spatial ambiguities. Flat colours and rhythmical organisations with often sharp, deft compositions have produced an idiom of expressive distortions within a powerfully controlled structure and impeccable draftmanship.

The forms that the artist uses and the way in which they are assembled are deployed to convey both meaning and emotion. Thus, every aspect of his work proclaims classical systems of proportion used in plotting the main elements and divisions of his paintings. This vision runs through each oeuvre, from the visual dramas found in his portraits of pensive women to the haunting presence of his timeless group scenes.

Through their uncommonness and persuasiveness, these works are both beautiful and inexplicably moving. He demonstrates the fact that the art and practices of the past are still relevant today. The overall effect is at once archaic and modern. In reflecting his attentiveness to beauty and allure, he approaches his art like an image-struck poet, whilst transcending the conventions of archetypical portraiture.

Brian’s work is held in public and private collections, including the AIB.