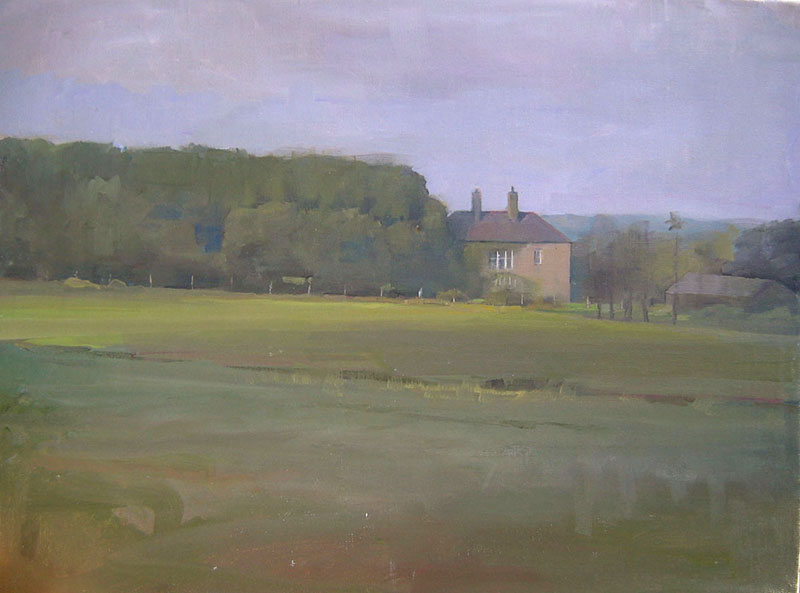 Randall Exon is a representational painter whose work has centered on the landscape and the figure in the landscape. He was born in South Dakota and raised in Kansas and Oregon. He received his Bachelor of Fine Arts from Washburn University in 1978 and later attended the University of Iowa, graduating with a Master of Fine Arts degree in 1982. He has been teaching at Swarthmore College for 23 years and is a Full Professor. He was awarded a Henry Luce Scholarship in 1985 and spent a year painting in Bali, Indonesia. Most recently, he was awarded the Thomas Benedict Clark Prize at the 179th Annual Invitational Exhibition of Contemporary American Art, National Academy Museum of Fine Arts, New York, N.Y.

Professor Exon is also a continuing Fellow at the Ballinglen Arts Foundation in Ballycastle, Co. Mayo, Ireland. Since the fall of 1997 he has returned each year for extended periods of time painting along the northwest coast of Mayo. Exon has had one-person and group exhibitions throughout the United States and in the United Kingdom. He is currently represented by Hirscl and Adler Modern in New York.

In his paintings, Exon is interested in the ways in which memory and dreams inform us about the past. Evocation is his primary goal as a “realist,” rather than accuracy. Most of his paintings are fictions made up entirely from collected sources and/or personal experience and memory.